Stay connected to get the latest 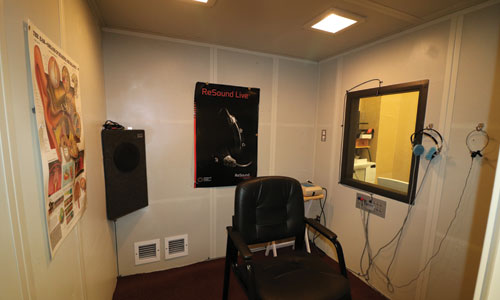 Hearing loss is a silent, painless yet serious problem that affects an estimated 10% of the population of the United States. Hearing loss is the result of a disruption of sound waves from being processed in a normal manner through the auditory system. There is a breakdown somewhere along the auditory system that is preventing the ear from amplifying sounds at the normal level so that the person is unable to hear and distinguish speech and other environmental sounds.

Hearing loss doesn’t discriminate among people groups. It can be present at birth as well as becoming a gradual or sudden condition in a person’s life, depending on the cause. Unfortunately, many people don’t get the help they need when they notice that they aren’t hearing like they used to. They may be missing speech sounds, causing them to misunderstand words or answer questions and comment inappropriately. Untreated hearing loss can be detrimental to the overall well-being of a person, causing anxiety, isolation, depression, loss of income and lack of confidence among other negative emotions. The good news is that with today’s digital technology and the advancement in the research/development of hearing aids, most people with hearing loss can be helped tremendously. Long gone are the days of the old hearing aid technology where trying to understand speech in noise was an impossibility. With the sophistication of today’s technology, hearing in every type of listening situation has never been easier!